In many cases, the problem of urine infection affects only women but men are also facing it nowadays. Those UTIs which are limited to bladder only can sometimes be annoying and painful. But still one must look for the Top 10 Medicines For Urinary Tract Infection In India as ignoring it may cause serious consequences related to kidneys.

Usually, the medicine which is used for treating UTIs consists of antibiotics but that doesn’t mean that taking medicine is the only thing one needs to do. Proper precautionary measures must be adopted in the first place so that its further growth can be avoided. There are some early symptoms that can be noticed by the individual in order to know that they are having a Urinary tract infection. So one needs to look after them and take the required steps as per the case. 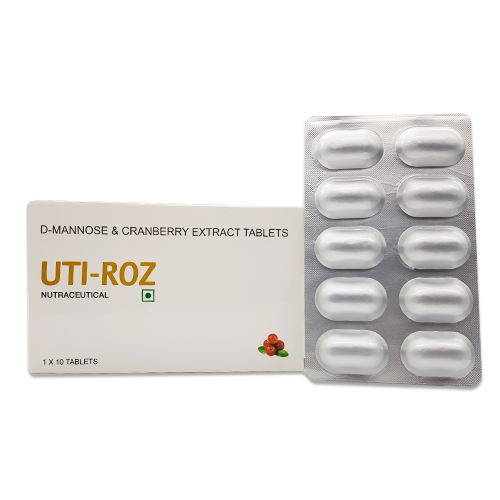 UTI-ROZ consists of tablets which are one of the top listed medicines for treating urine infection in India. its ingredients are non-antimicrobial medications that are prescribed to treat UTI which is an infection caused due to microorganisms. Using it will help the individual to avoid the Urinary tract infection affecting the kidneys, ureters, bladder, and urethra.  It also helps to maintain a healthy Urinary Tract and various symptoms of UTI such as Urinary pain and burning are also treated by it.  A good number of antioxidant and antimicrobial properties are there in these tablets which makes them the first choice for treating UTIs.

Ofloxacin & Ornidazole Tablets are used in the treatment of various kinds of infections which consists of bacterial & parasitic infections. they are primarily being utilized to solve urinary tract infections and they are one of the most recommended medicines in India to treat UTIs. Ofloxacin being linked with quinolone antibiotics helps in the treatment of bacterial infection by stopping the bacterial cells from dividing and repairing themselves. Ornidazole treats infections caused by protozoa and certain strains of anaerobic bacteria. The dosage and the duration of the treatment by using this medicine will be prescribed by the doctor.

ZIYOAZI-FS is one of the highly recommended tablets for treating UTIs in India. Azithromycin and Secnidazole are antibiotics, Fluconazole is an antifungal. All of them work in a very effective manner to treat urinary tract infections. Azithromycin stops the bacterial protein synthesis process which then stops the bacterial growth. Fluconazole stops the growth of the fungi by causing damage to the leaked and damaged cell membrane. The other kinds of infections that are treated by these tablets consist of vaginal infections, candidiasis, trichomoniasis, and much more. It is one of the best Urinary tract infections Medicines in India that are found to be effective. 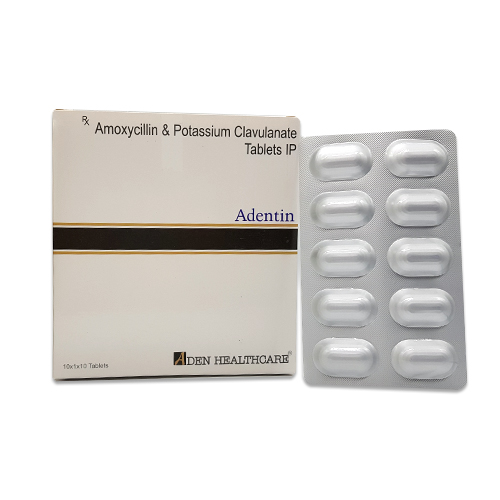 Amoxycillin & Potassium Clavulanate Tablets are a kind of penicillin-type of antibiotic that helps the body to fight infections caused due to various kinds of bacterial infections. They are one of the highly recommended tablets for treating urinary tract infections in India. being a combination of two medicines it works very effectively to first stop the growth of the infection and then kill the bacteria so that it doesn’t come back easily. Clavulanic Acid in it reduces the resistance of the bacteria that is responsible for causing the infection and therefore the working of Amoxycillin is increased a lot. Along with treating UTIs, they are also utilized for treating infections such as ear, sinus, throat, lung, skin, teeth, joints, and bones. 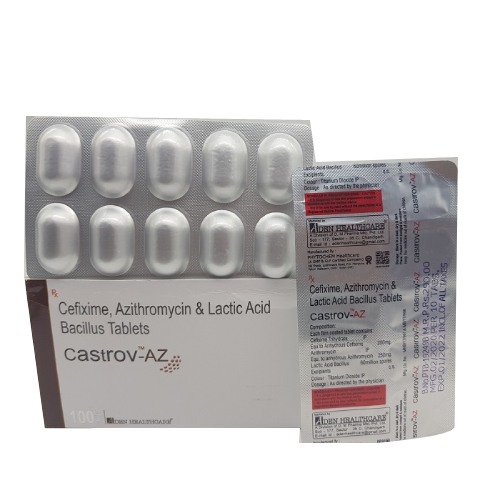 castrov-AZ is the top medicine for treating urinary tract infections in India. Cefixime in it works by preventing the formation of the bacterial protective covering of the bacteria that is responsible and is very important for the survival of the bacteria. Azithromycin then stops bacterial growth by inhibiting the synthesis of essential proteins that is required by the bacteria to carry out their important functions. Working together, these tablets work very well to remove the bacterial infection that causes various problems to the individual.

Cefuroxime Axetil Tablets are linked to the class of pharma drugs called antibiotics and they are used in various bacterial infections. They are mostly used to treat urinary tract infections. This medication is a versatile antibiotic that kills the various forms of infection-causing bacteria in the human body. The way by which it works is basically it binds itself to the outer layer of the bacteria that causes the infection and therefore it blocks the activity of the enzyme that makes peptidoglycan. In this way, the bacteria aren’t able to grow any further and it gets killed. 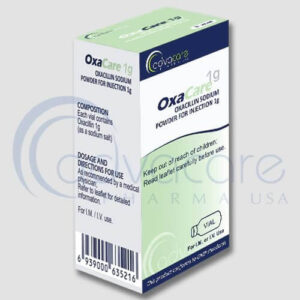 They are one of the best injections which are used to treat Urinary Tract Infection In India. They are linked to a class of pharma drugs called penicillin antibiotics which works by blocking the action of the bacteria that causes the infection. Its further growth is also prevented so that future growth is also prevented. They treat the infections that are caused by staphylococcus. Although it must be noted that they don’t work against colds, flu, or other viral infections. One must make sure that they are not being taken unnecessarily. 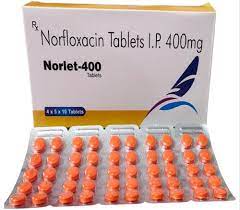 Norfloxacin Tablets are linked with a class of pharma drugs called antibiotics and they are used to treat a great range of bacterial infections. They work by stopping the growth of the bacteria that causes the infection and then it also kills the bacteria that is responsible for causing it. Plus the action of a bacterial enzyme called DNA-gyrase is stopped so that the individual gets relief from the various issues that are linked with the problem of Urinary Tract Infection. 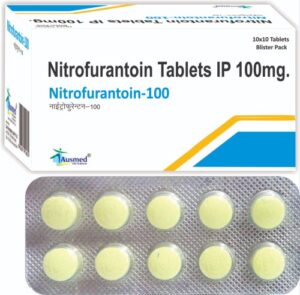 Nitrofurantoin-100 is the top medicine for treating the problem of Urinary Tract Infection. They are linked with the class of pharma drugs called antibiotics that works very effectively to fight various kinds of bacterial infection. It is most widely used to treat UTIs which come up with many kinds of symptoms. These work by stopping the growth of the bacteria that causes infection of various kinds. They are also used to treat kidney infections in those patients who are having the problem with UTIs. 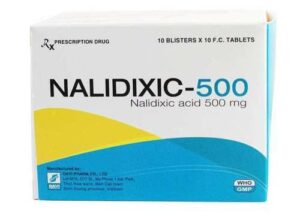 NALIDIXIC-500 is the fusion of antibiotics that are used to treat a wide range of bacterial infections. They are also used to treat infections of the urinary tract, throat, female genital organ, skin & soft tissues, lungs, tonsils, sinus, and nose. They work by stopping the action of the bacterial enzyme called DNA-gyrase and it also prevents the bacterial cells from dividing and repairing, and as a result, kills the infection-causing bacteria.

The above given are the Top 10 Medicines For Urinary Tract Infection In India and they are approved by a good number of pharma experts all over the nation. Generally, Urinary tract infections occur when bacteria enter the urinary tract through the urethra, and then it starts to multiply themselves. Therefore one must keep a steady eye on the problems that they might be facing related to it.